Be sure to check out our wonderful studio events! See what’s coming soon »

Do you have a favorite number? Mine is three.

I’m not sure when I decided three was my favorite number, I think it kind of grew on me over the years. Maybe it started with my childhood faith in the Catholic Church. We talked a lot about the Holy Trinity. Maybe it was affirmed through practice in managing anxiety. I learned to frame every inquiry as a Yes-No-Maybe option. Maybe it was outlined in my pursuit of education: a Bachelor’s, a Master’s and then a Doctorate. I needed to earn all three. Or maybe it was solidified when I learned I was pregnant with child number three. I had such a feeling of completeness with his birth, something I never expected and had no previous awareness that I was incomplete in any way PRIOR. Or maybe, just maybe the power of three exists beyond my personal experience.

Magic & Power within the Union of Three!

There is magic and power withing the shared space of three. When I think about magic and power in numbers or hidden messages from the Universe, my academic brain kind of shudders. Simultaneously my heart aches a bit though too. It’s not that I DON’T believe in God, magic, or numbers, it’s just that I also believe in science, logic and reason. Can we have both? I think, YES! When I say there is magic in THREE, what I really mean is that I love to divide the world into mutually exclusive arrangements of three things that together comprise the whole. This practice of three-making brings me a sense of order and peace. But I’m NOT alone in this practice.

For as long as humans have been thinking, we have been asking BIG questions and seeking answers to explain life’s phenomenon. Breaking things into smaller parts helps us organize and make sense of the pieces and parts. However, if we stop there, we miss the point! By focusing on what divides and distinguishes the parts, we loose sight of the magic and mystery of the universe. By prioritizing division and separation, we sacrifice the deeper knowing that comes with connection and union. Embracing the oneness that unites the THREE, that unites us all, is the practice of living in alignment.

Numerology, astrology, homeopathy:  According to many, three pseudo-scientific disciplines rooted in a belief in a divine or mystical relationship between the natural universe and one or more coinciding human experiences or events. In simple terms, one might say, these paradigms seek to find patterns in the natural world and derive answers, rhyme and reason for the way the world is. Likewise, some draw a similar conclusion for Tarot, Faith, & Religion. Tarot mixed with human psychology provides insight into our deeper stories, while Faith and Religion provide a structure for those stories rooted in belief. Faith, confidence or trust in a person, thing, or concept is often synonymous with Religion though not necessarily so. In the context of Religion, one can define Faith as “belief in God or in the doctrines or teachings of religion”. Religious people often think of Faith as confidence based on a perceived degree of warrant while others who are more skeptical of Religion tend to think of Faith as simply belief without evidence.

Confidence is found at the intersection of competence (what I know) and practice (what I do). In that way, I gained confidence in the rituals of my Religion under the guidance of my teachers and priests. Likewise, In my study of Yoga I’ve gained confidence and competence in the practice of Yoga under the guidance of numerous teachers and thousands of hours of intentional practice of asana, pranayam and meditation as well as study (swadyaya), inquiry and introspection. My life beyond the Church brought in additional insight experience and even challenges to that Faith and the beliefs. Some of my teachers tried to separate and ignore these discrepancies between Faith and Life. The teachers that I most resonated with helped me find the connection even within these seemingly disparate realities of faith and logic, belief and reason.

Skillful practice is essential to gaining confidence and competence.  A compassionate Guide helps facilitate this process for the initiate until they have developed their own sense of alignment and trust in the process AND the practice. Magic awaits within the process and like a flower blooming in Spring, it unfolds somewhat unexpectedly when the conditions are right. For me, it boils down to the power of the mind. As a Yogi the “mind”, or Manas, refers to the three dimension of the intellectual brain, the emotional heart and the intuitive belly. Where these three dimensions of the mind align is where I find clarity, peace and inspiration for living with things just as they are while wisely choosing Actions to influence and nudge life’s circumstances according to my values and ethics (and sometimes my desires!).

Founding Father of Modern Yoga, Desikachar has been quoted, “We begin where we are and how we are, and what happens happens.” Do you see the THREE dimensions of being? Location, Condition and Action. The practice of Yoga is what allows us to not just influence our unfolding and becoming but to BE WITH the process as it unfolds. Yoga can be combined with Faith and Religion or practiced as separate and distinct. For me, I am on the look out for ALL THE WAYS I can see and experience Union using ALL THE TOOLS life has to offer.

Whatever the origin story, I see the world as a collection of THREES:

Where do you see the magic of three (or any number!) in your world? I’d love to hear from you.

If you can’t tell what it is, it’s probably okay to throw it out

So, I've been pretty busy this summer, (you know opening up a new studio and all), so grocery shopping and meal planning has really fallen to my husband and kids. Needless to say, when I...

Is this the two-step or am I doing it wrong? I confessed last week that my food prep and eating has been less than ideal this summer. Well, I am happy to share that, with...

How Do You Spell “Doctor”?

Today I wrapped up the evidence gathering and documentation required by the three subpoenas I was given last week, but I want to take a little more time on this unexpected task to ask... how...

Kimberlyn has true gifts. She intuitively seems to know what my body needs. I cannot say enough good things about her care and her professionalism. How fortunate I am to have Kimberlyn in my life.

Great space with great instructors! I love the small class size and being able to stretch out! Kimberlyn is an amazing instructor and I love the pace and energy of her classes!

I loved the vision board workshop… Kimberlyn creates a welcoming and nurturing space to relax and recharge your body and mind!

Thank you for an absolutely fantastic class today. I don’t have the vocabulary to express how it made me feel but it was one of those classes that reminds you why you do yoga. You are an amazing teacher and a facilitator of personal growth in others. Thank you again.

A one-stop shop for mind, body and soul care. Kimberlyn knows how to help you work through self-doubt, or challenge your body all with compassion, grace and understanding. She is very encouraging to dig a little deeper to help you meet your life goals.

We'd LOVE to hear from you. Submit the form and let us know how we can support you in living your yoga! 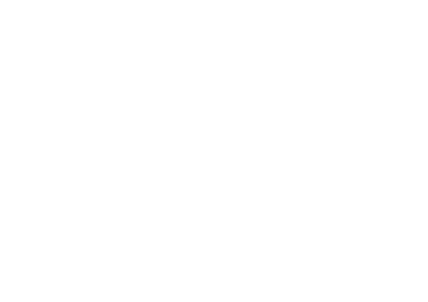 All Are Welcome!
Newsletter